Celebrities and Companies Look to Capitalize on Retail Meme Investors 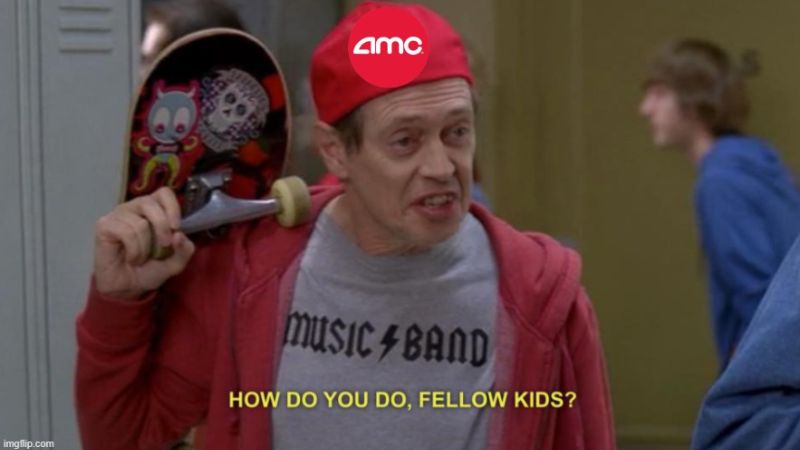 Bed Bath & Beyond (BBBY) and AMC Entertainment Holdings (AMC) are probably the two trendiest stocks at the moment.

Over the last two years, retail investors have driven massive price fluctuations in big names such as GameStop (GME), Tesla (TSLA), Twitter (TWTR), Blackberry (BB) and many others.

The massive rise of meme-stock popularity really started at the beginning of last year when GameStop shares skyrocketed in value as r/wallstreetbets pushed the stock. It was a double win for Redditors and retail investors as they were able to drive GME shares higher for their own profits and also hurt the "bad" guys who shorted the stock resulting in a short squeeze that cost them billions of dollars. Wall Street was getting crushed and the common people were winning, at least that was the narrative.

In reality many retail investors lost massive amounts of money on investments in GameStop or AMC as they were too late to join the party and were left holding the bag. Not everyone is going to win and that’s just the reality. Not groundbreaking news here and not necessarily implying that Redditors had bad intentions. The bigger development recently is the trend of firms and individuals trying to capitalize on meme investing as a strategy.

Short-term trading on hot trending stocks is not a new concept but social media today allows for a far greater impact from just a few individuals to push share prices in any direction. Platforms such as Reddit, Twitter, Facebook, Instagram, and TikTok among others allow for easy, direct access to millions of people (or users as these corporations like to call them). Influencers with millions of followers can quickly change market sentiment on an asset if that person has enough public influence/clout/sway.

The most obvious example being Elon Musk and his various antics and tweets about the likes of GameStop, Dogecoin (DOGE), Twitter, Tesla, and others. Recently it's been Ryan Cohen and positions he held on Bed Bath & Beyond that have him dealing with the SEC now. Generally not a great look to sell all your shares in a company in two days after pledging to force changes in the company just a few months prior when taking a significant position in the firm. Elsewhere, Jim Cramer has become one of the most influential sentiment movers, unfortunately for him, it's mostly because everyone likes to immediately bet the inverse of any positions he pushes.

Meanwhile, an anonymous platform like Reddit doesn’t function quite the same but investors on subreddits like r/wallstreetbets have a herd like mentality and may respond to a tweet from Elon or new position from legend u/DeepF******Value. In fact, companies have now begun to take notice and try to capitalize on the mania.

Companies Jump on the Bandwagon

In a classic “How do you do, fellow kids?” move, AMC recently announced the issuance of a special dividend called “APE” units. Ape being the term that some Redditors refer to each other mostly on r/wallstreetbets. AMC has probably been the second biggest meme stock over the past two years behind GameStop.

The firm has looked to raise cash with its new popularity and the issuance of APE units will allow the company to raise without shareholder approval and to appeal to its new audience. The results haven’t been promising so far with APE being down 8% since being issued last week despite a strong first few days. Firms should understandably try to make the most of any situation but when dealing with something like meme popularity, the smallest move can completely change market sentiment.

Where Do Meme Stocks Go From Here?

It was only going to be a matter of time before celebrities realized their sway over financial markets and they, along with corporations, used that power for their own benefit. You can’t really blame them for taking advantage of a herd mentality but they might be playing with fire here. There are definitely clever ways to be on the winning end of a meme stock such as AMC raising cash or Elon and Ryan Cohen selling shares after signaling bullish bets. However, those actions can quickly turn the herd against you or get regulators to keep a close eye on you.

Celebrity investors like Elon might be pulling a lot of strings at the moment with small moves influencing sentiment, but the herd can just as easily turn the other direction.