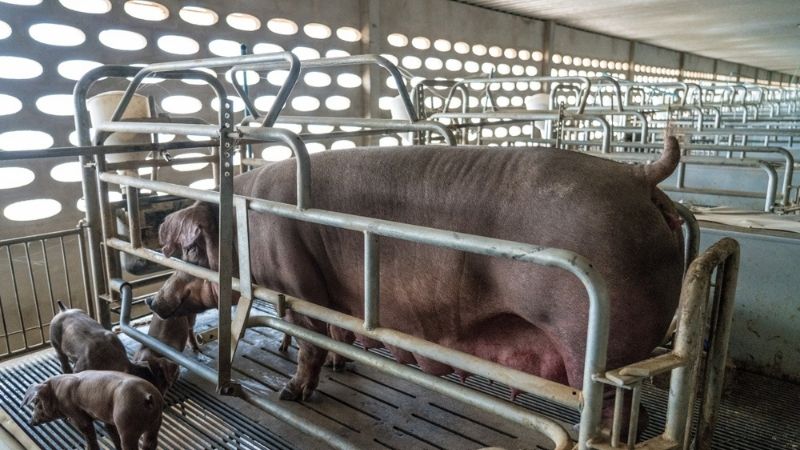 Carl Icahn, who is well known for being a strong-willed investor who takes on managers or other  fun, is one of the most successful investors in the world.

The American financier is well known as a corporate raider who would take large stakes in companies where he would use his voting power to enact changes that would raise the stock price. Icahn is known for being a ruthless activist investor, once firing 12 floors of people in a takeover.

Now, Icahn is taking on McDonald's (MCD), but things look much different than what we’ve come to expect.

What is Going on?

Icahn is putting pressure on McDonald’s to improve the welfare of the pigs that go into the company's products3.

McDonald’s pledged ten years ago that it would get rid of gestation crates, which are essentially crates that are too small for the nursing pig to stand up and turn around in. Thus, the pig spends its time stuck laying down.

The fast-food giant has moved slowly at phasing out gestation crates, however, blaming outbreaks of swine disease and the ongoing Covid-19 pandemic for why they won’t be completely phased out by the end of the year. In a statement Sunday in response to Icahn’s push, the company said that it would be at 85%-90% gestation crate-free by the end of the year, after starting the year at about 60%.

As noted in the press release, Icahn has just 200 shares in McDonald’s stock, which is worth about $50,000 and is microscopic compared to other activist stakes he has taken worth hundred of millions of dollars.

McDonald’s downplayed the significance of Icahn’s board nominates as it is related to “a narrow issue regarding the Company's pork commitment, which The Humane Society U.S. has already introduced through a shareholder proposal.”

Regardless, McDonald’s recognizes that “more than ever, our customers want to know how their food is produced and where it comes from” so it seems there is a bit of a disconnect between upper-management and customers.

This seems to be a new tactic from Icahn that more closely resembles a recent ESG-focused activist campaign at Exxon Mobil than Icahn's traditional tectics..

What Happened at Exxon?

Last year, Exxon had several members of its board pushed out in a similar manner. A small stake by the then-unknown Engine No.1 garnered enough support to gain three out of four seats the fund contested.

Engine No.1 insists “this isn’t ideological” and is simply good business, despite the fact that its climate strategy fits ESG standards.

“Climate risk is business risk”, according to Engine No.1.

If activists truly are putting long-term shareholder value first, then, given what we know about climate change and the impacts that it can have, companies should certainly be taking it seriously. And, if you are an industry leader that wants to stay that way, you’d certainly have a strong plan and a desire for that first-mover advantage.

This longevity argument is the key to any ESG strategy.

Icahn’s situation is a little different in that the impacts of climate change are certainly more dire, and reducing emissions is probably bigger deal from Exxon than better treatment of some pigs is for McDonald's. But ethical sourcing for food is certainly something that has gained a ton of traction recently and only appears to be growing, not fading.

So it's still good business to follow through on this process and get and stay ahead of the curve. A resounding 81% of people care about ethical sourcing, according to an opentext survey, so it's not some hipster opinion, at least not any more.

Thus, Carl Icahn’s board nominees, Leslie Samuelrich who is a sustainability-focused investor and is also the president of Green Century Capital Management as well as Maisie Ganzler, an executive at Bon Appetit, could also make good business sense going forward.

Having board members that are in a position to push for changes that a statistically-likely 81% of investors in McDonald’s agree with, seems at the very least, reasonable.