Capital Spending: What to Watch During Earnings Season to See if Inflation Will Slow 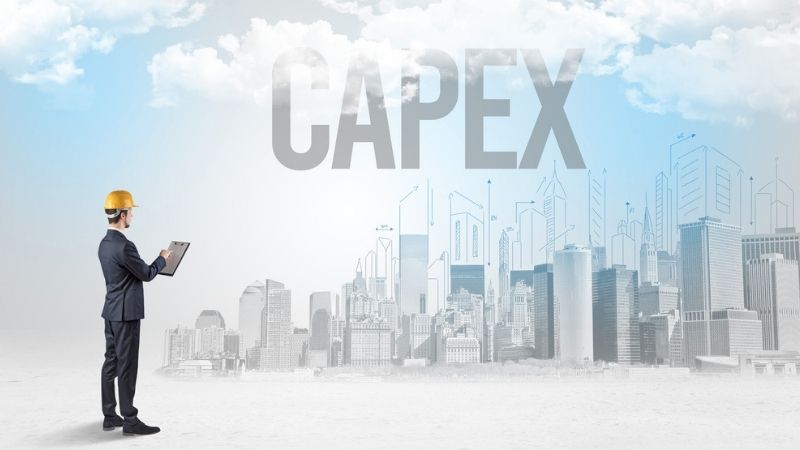 While Spain opens discourse on whether the coronavirus should be considered endemic, which would see it monitored more like the flu, investors are looking ahead trying to find any clue as to who the winners will be as we climb towards whatever the new normal will be.

When the pandemic hit, we did what any Econ 101 fearing capitalist-country would do, lowered the overnight lending rate to zero.

The goal of these policies is to lower what's known as the hurdle rate. This, in turn should spur business investment, which increases demand elsewhere in the economy.

In the case of the pandemic, where uncertainty was at an all-time high, the rate cuts weren’t quite the dynamic tool we thought.

Companies, unsure of what was to come, stockpiled cash, rather than embarking on capital-spending programs. This makes sense, especially given the long slow recovery from the previous recession. It doesn't make a lot of sense to spend cash to increase production if you expect demand to remain low for a long time.

Now, companies are boosting capital spending on projects in hopes that demand will stay strong.

Large cash-flush companies are, according to S&P Global Ratings, expected to increase capital expenditures by 6.1% compared to 2021.

Cash and cash equivalents on balance sheets rose 11% during the third quarter, compared with the same period in the prior year. This leaves a lot of cash at hand for companies looking to increase their capacity, broaden the scope of their business through mergers and acquisitions, or reward investors with stock buyback programs.

This cash may also play a key role in one of the biggest issues currently facing consumers: Inflation.

In President Biden’s speech last Friday, he said: “I’m not an economist, but I’ve been doing this a long time.  But here’s the way to look at it.  If car prices are too high right now, there are two solutions: You increase the supply of cars by making more of them, or you reduce demand for cars by making Americans poorer.  That’s the choice.”

There is something here worth noting for investors.

As we drag ourselves out of this pandemic, both corporate and household balance sheets look much better than they did at this point in the last recovery. This is due to both the Fed's actions to keep the financial system going, and other stimulus measures that helped keep consumers and businesses afloat.

Now that businesses think they have a better idea of what the future has in store, the cash they saved during the crisis can be used to expand the economy's productive capacity, allowing them to sell more, while also helping to ease price pressures.

Looking forward to the rest of this year, but especially in the coming weeks as earnings season gets back underway, investors will want to watch for companies that are announcing aggressive plans to increase their production capacity.

Darden Restaurants (DRI) plans on spending about $425 million this year, mostly on new restaurants.  Meta Platforms (FB) plans on investing between $29 and $34 billion in 2022, with a substantial amount of that going to AI and machine learning. Meanwhile, Chevron (CVX) is increasing its allocation of capex to low-carbon expenditures to 8% from 2%, through 2028.