Can The Tesla Semi Launch and FSD Beta Rollout Fix The Twitter Trade? 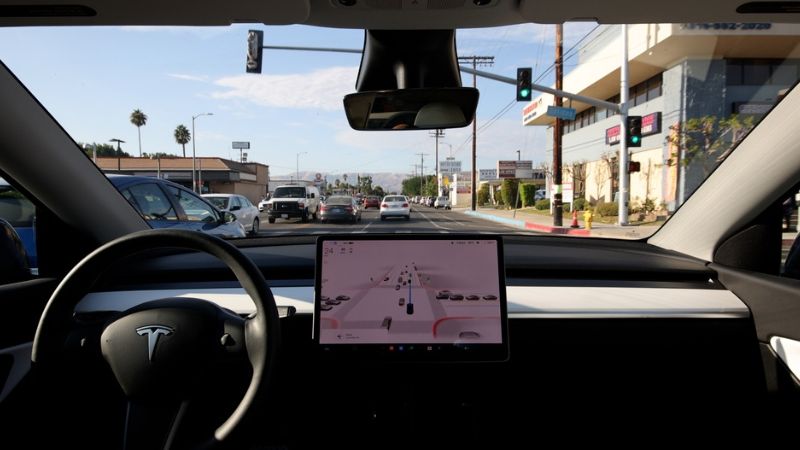 In RPGs, like Grand Theft Auto and Elden Ring, side quests are fun distractions from the main questline. They help keep players online well after completing the story, unlock hidden easter eggs, alter the original storyline, and can give players a reprieve from hard bosses as they level up when they may have otherwise lost interest and quit.

In business, however, side quests like Elon Musk’s Twitter venture are simply distractions from the equity they hold: Tesla. This has resulted in Tesla investors getting battered as two-years worth of gains disappeared while Musk enjoys his sleepovers at the now nearly vacant Twitter HQ.

Without a doubt, Tesla investors need good news heading into the holidays to get them back in the buying spirit.

With the Tesla Semi recently completing a 500-mile trek ahead of its Dec. 1 delivery date to PepsiCo, and the FSD (full self driving) Beta getting rolled out to the entire U.S. fleet of Teslas, the question arises: are these the headlines needed to buck the Twitter trade trend?

If you want a one-word answer to this question, then the answer is: “No.”

It's not “no” because these aren’t great products that are pivotal to the future of Tesla.

It's not “no” because I buy Ford’s CEO’s nonsensical take that Ford's Level 2 and Tesla's Level 2 are a similar distance from Level 3.

But “no” because these aren’t finished products and investors that find themselves upset with Elon’s side quest aren’t in the mood to forgive in exchange for more promises.

Production hell isn’t a new thing. While the term was created (or at least popularized) during the pandemic, it's something Musk came to understand long ago when first ramping up production of his cars.

Musk famously compared ramping up the production of a car to eating glass. He said the prototype stage is “trivial” compared to the “actual production”.

Now, with the Tesla Semi ready for launch, Tesla will be eating glass again. While you can expect them to have benefitted from learning from previous mistakes, you can also expect that a brand new kind of vehicle that is vastly larger with more moving parts, will come with its own hiccups.

Tesla stock is kneecapped right now. And a smooth launch could help bring Tesla back to its feet again.

However, there are many negative headlines that could rain on the launch. An early accident, an inexperienced EV driver pushing the Semi too far and running out of juice, or a recall of any nature (which is very common for early production vehicles).

Before Musk’s side quest, those headlines would be negative, but more along the line of naivety in Musk’s promises. However, because of the circus show that is side-questing Musk, the headlines that sink TSLA that day will all be attributing it to a distracted Musk and will potentially be more damning to investors.

Musk’s Twitter venture is hyper-captivating, and while 2017’s announcement of a Tesla Semi got people’s attention, it has lost its luster and has likely been priced in for a few years now.

Any negative headline regarding the Semi would certainly gain traction and be outsized and bearish, while any optimism surrounding the launch will easily get drowned out by any Twitter-related news.

Further, companies are pulling ads from Twitter left, right, and center. Unlike the current Tesla lineup, these Semis are meant for businesses and there is certainly a question as to whether companies will want to stamp their logo onto Tesla-branded Semis while the CEO has so much negative publicity.

With a range of 500 miles, these trucks have about 150 miles less in range than the average truck. This likely means that independent trucking companies aren’t the demo, but that it is more the PepsiCos and Amazons that need efficient transportation from factories to distribution centers, rather than longer-haul missions.

Buying these Semis could certainly give XYZ company a “hey look at us, we care about the environment” press release. But, that headline might be held  if there is any potential for backlash.

One promise Tesla made, and kept, this year was the broad rollout of the FSD beta. The FSD beta fills in the cracks and attempts to do end-to-end navigation for drivers - meaning, put your destination in and sit back ready to intervene if necessary. (Here is some great footage on what the system is like. Both what it is good at, where it still needs human intervention, and where it is good but could still improve.)

Rolling out the Beta to everyone and not just a select few is a pretty big deal for Tesla.

One, the more people in the program, the faster the AI learns and reaches level 3 autonomy. Two, there is also a revenue stream here. Many people have hesitated to purchase FSD or its subscription because it had more promise than value. With this latest release, Tesla owners have rushed to pay $200/month as it is much closer to the original promise.

Self-driving technology is pivotal to Tesla justifying its high earnings multiple. There are clear steps toward Level 3, but it still has a ways to go.

Barring a huge surprise in v11, slated for a December launch, this Beta won’t be a needle mover this year.

So what will it take to stop the bleeding?

Well, while the share repurchase will do something. Mainly in restoring balance from the unexpected stock sales by Musk. I think billions of dollars are better spent on technology. I’ve always respected Tesla for getting where they are without spending on advertising. Money other companies put in ads, Tesla puts in R&D. So this money seems better spent on R&D to me.

The share repurchase idea, at this time, feels more like a bandaid being put on a gash that needs stitches and antibiotics. It’ll do something, but falls short of necessary treatment.

What Tesla investors need is a Twitter CEO and board that isn’t Musk. A day to pass without an antagonizing tweet, inappropriate meme, or anything suggesting Musk is choosing Twitter (or his Twitter army) over Tesla.