Best Metaverse Stocks To Buy for 2022 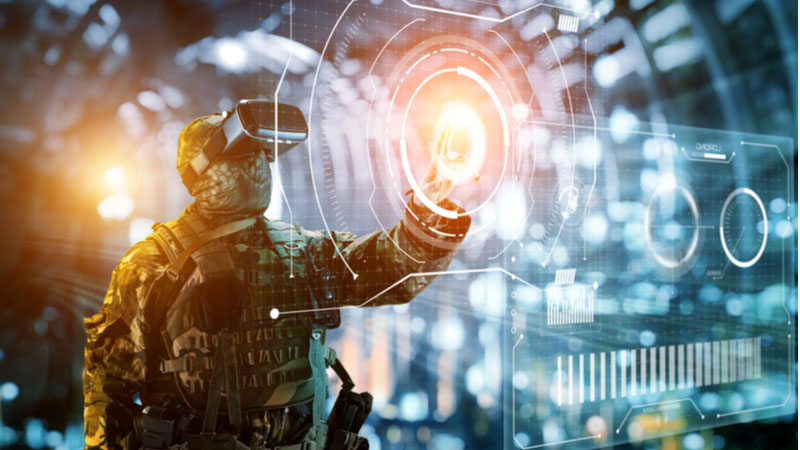 One of the most exciting trends of 2022, the explosion of interest in the metaverse at the start of the year has generated a number of questions about the virtual world, which is set to change the future of human interaction. While much of the public's preoccupation has focused on questions relating to what the metaverse is and how users can sign up, less attention has been paid to the companies making this digital revolution possible.

This is all the more surprising considering that Citi recently said the metaverse could become a $13 trillion dollar industry by 2030. Despite the attention paid to the metaverse by celebrities and the media, the concept is still in its infancy, and anyone who wants to invest in the companies behind the technology still has plenty of time before the metaverse goes mainstream.

What is the Metaverse?

One common misconception about the metaverse is that it will consist of a single, centralized, virtual world that will exist in the future. While this may be the case someday, the truth is that there are many metaverses in existence now that are managed by various companies. Simply put, a metaverse is any digital world where users can shop, buy, sell, play, and replicate their own physical experiences by creating an avatar.

Even though the metaverse is often portrayed in movies and film as as a grim, alternate reality where humans are forced to fight for survival, the main goal of any virtual world is to bring humans together by fostering social connection - regardless of their distance from each other on the globe. As Mark Zuckerberg said in his recent Founder's Letter, "The defining quality of the metaverse will be a feeling of presence — like you are right there with another person or in another place."

When Will the Metaverse Arrive?

No other company has devoted more resources to metaverse technology than Meta Platforms (META), which recently changed its name from Facebook as part of its rebrand to its metaverse product from its current social platform. Although gamers and crypto enthusiasts are eagerly awaiting Meta's finished product, CEO Mark Zuckerberg recently said that the final version is still years away. Speaking at a recent technology conference, Zuckerberg commented that its metaverse “will be mainstream in 5-10 years.”

Although Meta's main platform won't be ready for some time, there are currently a number of video games that effectively function as metaverse worlds. Today, blockchain games such as Decentraland,  Axie Infinity, and The Sandbox and technically qualify as metaverses because users can interact with avatars and earn rewards using cryptocurrency, which can be converted into fiat money and transferred outside the game. Other, non-blockchain offerings like Roblox (RBLX), Fortnie and Minecraft all contain several of these metaverse elements as well.

While these platforms lack the virtual reality headsets that lead to increased connection, it is only a matter of time before the technology is incorporated into current gameplay.

For those who want to buy a piece of the metaverse without purchasing in-game digital items, there is always the option to invest in the stock market. It's important to keep in mind that the metaverse concept is complex and spans various industries, with chip-makers, social platforms, and software companies spanning some of the most important fields.

While Nvidia is usually only thought of as a chip manufacturer, the company has quietly extended its reach outside of its main revenue stream into the gaming industry. In early 2022, the company unveiled more than 160 gaming and studio GeForce-based laptop designs, and also announced new generation content and the expansion of both GeForce NOW cloud gaming and the Nvidia Studio ecosystem.

Amidst its swath of product releases, Nvidia also announced the launch of its "Omniverse" platform, which will allow creators to collaborate on and connect 3D worlds and scenes into a shared virtual universe. It's important to remember that Nvidia's graphics and video processing chips used in high-end supercomputers and VR devices will be highly coveted as any metaverse will undoubtedly require a large amount of processing power.

Additionally, Nvidia tried to buy ARM Holdings from SoftBank Group in late 2020, but the $40 billion deal ultimately fell through due to regulatory hurdles. ARM is a major player in patents and software that allow chips to be implemented into computer systems, and with the deal going south, Nvidia will undoubtedly be looking for other targets to build out its end-to-end ecosystem.

Considered by many to be the leading force behind the metaverse, Meta Platforms launched its first virtual world, Horizon Worlds, Dec. 9, 2021. Available to access through Oculus's VR headset, Horizon Worlds allows users to create their own home and interact with friends through parties and virtual gatherings.

Meta also owns Oculus, a company that produces VR headsets, facilitating entry into the metaverse. Additionally, Meta recently received many patents related to technology that uses metaverse users' biometric data to help generate what they see and perceive in the virtual world.

In the last week, rumors have circulated that the company is on track to create its own virtual currency, which will be used by members of its metaverse platforms. The in-app tokens, dubbed "Zuck Bucks" by Meta employees, would be similar to those used in gaming apps such as Roblox and will be centrally controlled by the company.

Meta is also exploring “social tokens,” which could be issued as rewards for meaningful contributions in Facebook groups. Though these updates were not confirmed by Meta, the company has announced plans to incorporate NFTs into Instagram soon.

Microsoft is unique in that its product line spans a number of key industries. When it comes to virtual reality, however, Microsoft seems to have found a niche in the "professional metaverse." Its newest product, called Microsoft Mesh for Teams, was released early in 2022 and allows workers to meet with each other in a virtual setting through their smartphone or laptop. This includes enabling users to create AI avatars for video meetings, creating immersive environments for participants, and collaborating in virtual workrooms.

Additionally, Microsoft expanded its reach into the "social metaverse" when it announced an agreement to acquire video game giant Activision Blizzard Inc. (ATVI) in January. The $69 billion deal will not only grow the company's footprint in the video-game industry, but it will also give Microsoft access to 400 million monthly active gamers - many of who will undoubtedly transition to metaverse gaming when it becomes available.

The FTC is currently reviewing the deal, which is set to close in Microsoft's 2023 fiscal year.