ARK's Tesla Valuation: Here's What Lofty Price Targets Tell You About A Company 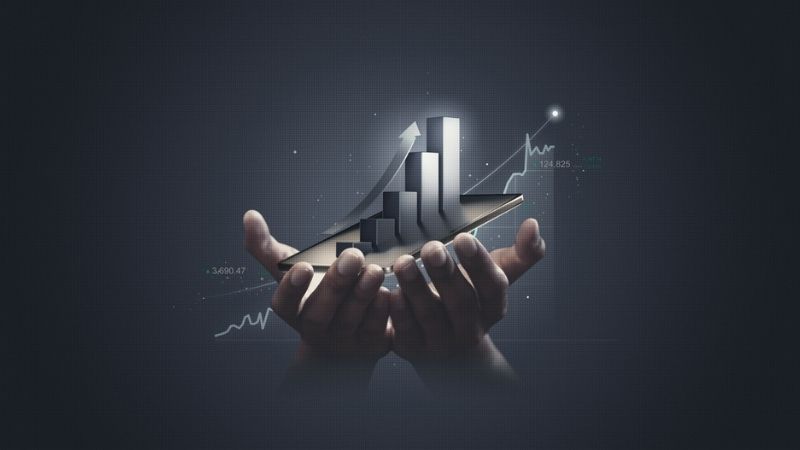 One thing that many retail investors struggle with is understanding what exactly a price target is.

“How is it calculated?”, “What assumptions is it making?”, and “Is this a bullish or bearish take on the company?” are just a few of the many questions investors ask.

Price targets are a dime-a-dozen for some companies, particularly large and popular companies. This can be a positive as a larger pool of price targets could make a more accurate average price target, which tends to be the number you see around the web unless you are reading an individual analyst’s commentary about the stock. The more inputs in the average, the more useful the number becomes.

For your average company, however, there tend to be much fewer estimates out there and many times there can be as few as one or two analysts covering the stock. This makes them much less useful.

First off, if you are an analyst and you are looking at a company nobody else is, you likely have a stronger bullish or bearish (likely bullish) sentiment towards the company than your average analyst that follows a blue-chip company like Apple (AAPL). Apple has a wide variety of analysts following it, so the average price target more accurately reflects the market’s overall sentiment towards Apple.

Buy/sell/hold recommendations - and their accompanying price targets - tend to skew to the bullish side of things as analysts oftentimes drop coverage on stocks when they reiterate it as a sell for too long. So your small company that isn’t widely covered tends to more closely reflect a bullish, best-case scenario for the stock.

If you agree with the justification in the analyst’s commentary, more power to you. But if you just hopped on a site, stumbled on a random stock, and notice that the price target for Joe Nobody’s Biotech is set at a mouthwatering three times its current price, you might be better off just tossing that number out the window.

Why? Well, that's not to say that the company’s stock can’t or won’t triple between now and twelve months from now, but it does mean that there is a lot of implied risk behind that target number.

Reaching that target could hinge entirely on FDA approval for a new drug/treatment, the passing of a bill (such as the infrastructure bill for EV charging companies) to drastically increase demand capacity for a new product, or - as is the case with our real-world example - the full approval of autonomous driving in order to create a new “Robo Taxi” market that becomes a dominant portion of the company’s revenue nearly instantaneously.

ARK Invest, home of one of the biggest tech bulls on Wall Street, Cathie Woods, open-sourced and released their 2026 price target for Tesla (TSLA) to the world on GitHub. Tesla was trading at $892 per share at the time of writing.

What makes this Tesla price target so useful to unwrap for investors looking to better understand the process, is just how much and how broad the hype it contains is. This is a large company that trades like a small one, making its commentary both polarizing and educational in terms of what what price targets look like for companies that - for the moment - have more hype than market share.

Despite Elon Musk doubling down on a Tesla humanoid robot, ARK ignored that potential business in its valuation and focused on its current businesses and its prospective Robotaxi business. This is an interesting omission to me because anything like that would likely be a costly drag in the near term and could directly compete for production space with Tesla vehicles in a Gigafactory.

This makes it hard for me personally to get behind the gross margin assumptions by ARK of 25% in the worst-case scenario and 56% in the best-case scenario, as that high-end only seems attainable if Tesla pursued just Robotaxis while giving other projects, such as the humanoid robots, the boot. I don't think that project getting the boot would surprise anyone, but I digress.

The bigger omissions could be in the semi-trucks and cybertrucks, as those are not explicitly mentioned in the report. Both aren’t in the mass production phase yet, so there is a lot of investment still needed on that front, further making me question why gross margins of 56% are just as likely, according to ARK, as gross margins of 25%.

Tesla investors likely are happiest and best off if everything gets brought to market, so those omissions bring us to what I believe is the focal statement of this report, that “Tesla’s stock will trade like a mature company rather than a high-growth one in 2026.”

This feels like the most important quote from the report, to me, as many other analyst price targets hinge more on a reduction in the price of Tesla cars and/or the introduction of the truck and semi-truck for worksites and long-haul deliveries, among other things.

The only extremely high-margin business that Tesla could potentially run, at this point, is a Robotaxi business, which we can only assume is a high-margin business since it doesn't actually exist right now. So, in a way, it feels like that statement was made, and then the price target and assumptions were made to follow that narrative.

I have no problem with that statement or the idea that Tesla could ever have a normal valuation but I have reservations about trying to guess when that date is. That goes beyond the scope of estimates based on cost-reduction and business-related efforts - which analysts are pretty good at - to predicting when outsized hype for a company operating on the cutting edge of technology will peak and die down.

In my opinion, 2026 is as good a guess as any, in that, it's just as baseless a guess as any other. If AI and Robotics are to be the next revolutionary catalysts for our economy, impacting our lives in ways we never imagined, it's almost not worth making a number and focusing more on where and how the tech will permeate through the economy.

But analysts have to make those judgment calls and create a number. Not only is it their job, but there is also a great financial reward for correctly doing so as any analyst could deem something a buy, but not all could accurately call a 75% year-over-year surge, so it can sort of act as a tie-breaker in analyst reputation.

At the end of the day, analysts must weave together objective and subjective data to create these, and the more subjective the inputs are, the greater the assumptions and the more polarizing the commentary is.

So when looking at price targets, consider what is guiding its assumptions. What does the analyst believe about the company that sways how it all comes together and do you agree?

It's perfectly fine for a report to hinge on a sentiment-based assumption, like this Tesla valuation. But, before you let a price target influence your decision on a stock, you must understand what assumptions have been made in order to get to that number and determine if you agree with those assumptions. The smaller the company, the more assumptions made, so beware of single analyst estimates that reflect an overly bullish scenario that you aren’t sold on.