App-Store Antitrust: Why is Everyone Mad at Apple? 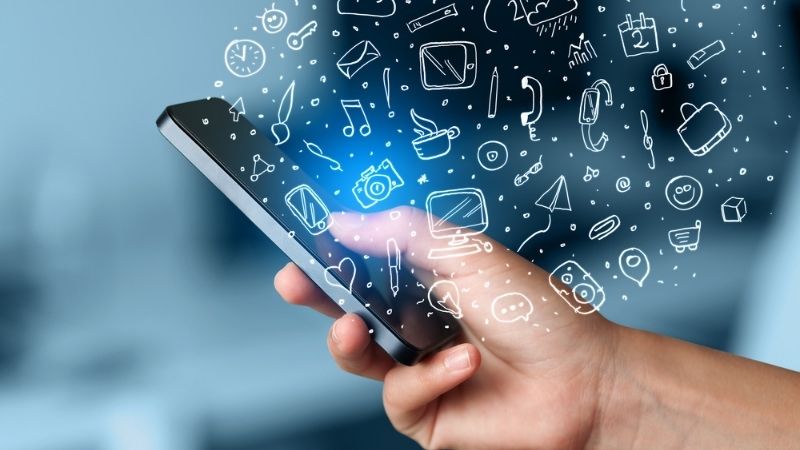 As Apple prepares for another Apple Event where the tech-giant is expected to announce the iPhone 13, the company is coming under fire around the globe over the way it runs the App Store.

The App Store - which is the only marketplace for apps available to iPhone users - has been faced with constant litigation regarding monopolistic business practices for a while now. Most notably, the company which created Fortnite, Epic Games, sued the company over the mandatory commission that Apple collects on almost all transactions in the App Store.

Instead of paying the 30% "App Store tax", Epic tried to go around the App Store, keeping the game in the App store, but taking payment only through other channels. This got Fortnight banned from the App store. Epic then released a cartoon version of Apple’s famous “1984” Macintosh commercial that famously aired during the 1984 Super Bowl.

What does 'antitrust' mean?

Antitrust laws are laws that regulate and prevent large corporations from forming or banding together to prevent "free and unfettered competition". These laws are most well-known for and are often thought of as a protection for markets against monopolies, however, what violated antitrust laws can be hard to define and often the large companies that we may think of as monopolies today don't run afoul of these laws.

Most of the time, these laws are applied when a company tries to buy another company. This can be a good chance to keep one company from getting too much market share, but misses the "organic" monopolies that can occur when a company develops a new industry all on its own, such as the App Store. This means that courts are often task with deciding what constitutes anti-competitive behavior.

In the U.S., prosecutions of companies on anti-trust grounds are pretty rare. Microsoft is probably the most recent example. With relatively vague legislation currently in place, case law guides much of how these cases get decided. Most of the legal precedent relies on the idea that monopolistic behavior is bad for consumers. Recently, this has meant that so long as large companies are not seen to be raising prices on consumers, they are not monopolies.

So What's Going On?

The antitrust allegations Apple is facing can be broken down into three particular areas: the App Store, default apps, and the relationship the company has with carriers and retailers.

The App store is perhaps the part of Apple's business that is most often criticized on antitrust issues. The argument here is that Apple is acting in an anti-competitive manner by forcing companies to release their iOS apps through the App Store and then collecting a mandatory 15-30% fee. Apple argues that it facilitates the sales and that it is common for companies to take a slice when doing so.

The important thing to understand with cases regarding the App Store in particular - and oftentimes antitrust cases in general - is that the definition of “market” is extremely important. Apple argues that it is not breaking antitrust laws because the relevant markets are either “smartphones” or “apps”, while competition regulators tend to view that the relevant market as “iOS apps”.

The App Store brought in a whopping $54 billion during the most-recent year. This was heavily influenced by an estimated $22 billion in revenues from commissions. Analysts have estimated that the profit margin on the App Store is close to 80%. Apple disputes this margin on claims that it spent billions of dollars to develop devices and the App Store and further says that 85% of the apps are already spared commissions.

The second antitrust allegation that Apple faces is its default apps. These apps are said to have an “unfair” advantage over third party apps because they come pre-downloaded on people’s phones.

Apple Music is the primary culprit here as the music streaming service comes pre-downloaded on your phone. This likely helps Apple gain music listeners before users even get a chance to visit the app store and explore competitors such as Spotify (SPOT) or Tidal Music. Apple Music revenue is estimated at $4.1 billion dollars in 2020, making it a much smaller target than litigation aimed at the App Store, but remains a sizable amount. Further, 2019 revenues were estimated at $2.8 billion, making this an extremely fast-growing business for Apple.

Other default apps like Safari or Mail that come pre-installed and set as defaults may also be seen as getting an unfair head start on competitors that users would have to download.

The final area of business that Apple stands accused of - and has already been found guilty of abroad -  is for exploiting a dominant position to pressure cell-phone carriers and retailers.

Apple’s popularity makes it such that related companies must offer them, as they could lose lots of business if they opted to not offer iPhones. In Korea, for example, the company was accused of forcing carriers and retailers to hold a minimum quantity of each model, forcing them to share warranty repair and replacement costs, and demanding that carriers only advertise Apple products using an Apple created ad that they must pay for.

Well, the worst case scenario would be that the company is forced to split up in order to no longer give its own businesses a competitive advantage on iPhones and other Apple products.

However, that seems entirely unlikely and the path forward will likely be Apple slowly changing things, rule by rule, to please the courts for the moment. Apple has already decreased the number of Apps affected by the 30% commission and taken other steps to open its doors to competition.

Apple investors, and investors in rival companies like Spotify, will want to watch these rulings closely as policy changes at Apple could drastically increase the ability of other companies to compete with Apple.

Ultimately, Apple tends to change very slowly and make changes quietly before it gets forced to. So while a decent chunk of Apple revenue is being contested, there likely won’t be a moment where Apple is forced to drastically change. That will help Apple minimize the damage done because the longer Apple can drag out the more-than-likely inevitable changes, the more it can make its case to users and become their preference, rather than the phones' default.